UNDERNEATH THE SYCAMORE TREE by B. Celeste - RELEASE BLITZ

It happened in stages.
My father left.
My twin sister died of an incurable autoimmune disease.
My mother started breaking down.
Then I was diagnosed with the very thing that took my other half from me.
That was when I realized Mama’s eyes turned gold when she cried.
So I moved in with my father and his new family—new wife, new son, new stepbrother.
Kaiden Monroe made me feel normal.
Hated. Cared for. Loathed. And … loved.
Somewhere along the way, I’d found solace in the boy with brooding eyes.
But everything happens in stages.
And nothing good ever lasts.

We walk for what feels like forever until I see a large sycamore tree in the middle of a field of purple flowers. It seems out of place, yet perfectly set at the same time.
Kaiden walks over to it and sits down, leaning his back against the thick trunk. He seems at peace, which is a new look for him. His body is eased as he stretches his long legs out without a care in the world.
I stare. Not just at him, but at the tree. It’s huge with its long branches and bright green leaves transitioning into yellow and orange and red that give the space a beautiful kind of life. Lo would have loved this spot. She would have dragged me out and stayed here until Mama called our names in frantic worry. Lo always wanted to be free, out in the open, surrounded by trees and plants and animals.
Suddenly, the tears that had finally stopped falling on the way over begin building again until everything blurs. Bottom lip trembling, I hear Kaiden’s heavy sigh.
“What’s wrong now?”
I answer silently what my emotions won’t let me speak aloud.
Lo was buried under a sycamore tree.

B. Celeste’s obsession with all things forbidden and taboo enabled her to pave a path into a new world of raw, real, emotional romance.

Her debut novel is The Truth about Heartbreak. 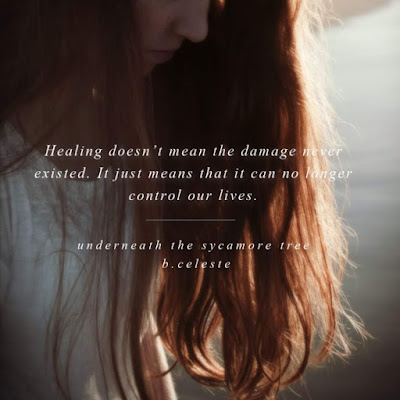 Posted by Book Flirts at 8:30 AM No comments:

VIOLETS ARE NOT BLUE by Melissa Toppen - NEW RELEASE & GIVEAWAY!

Roses are red.
Violets are blue.
Forget everything good you’ve been told about love, because none of it’s true.
You don’t agree?
Spend a day in my shoes and you’d curse love too.

My name’s Blue.
Yes, you read that right. Blue Daniels.
And I hate love.
I despise every single thing about it.
In my thirty-two years on this earth it has brought me nothing but heartbreak and disappointment.
Love is a void. Something we’re taught we need if we want to live a happy and fulfilled life.
Well I disagree.
Some say I’m a cynic. Other’s call me the smartest woman they’ve ever met.
But no matter what anyone says, I know what I need. And love is not it.

Enter Harris Avery.
A man who thinks he can have anyone he wants, including me.
A man who reminds me daily why I swore off love in the first place.
He walks around the office like he owns the place, throwing that sexy smirk of his at every female he passes. He thinks no one is immune to his charm.
But poor Mr. Avery has never met a girl like me before.
I’m more likely to throw myself off a bridge than at his feet.

There’s just one problem…
He’s decided to make it his mission to prove me wrong.
To that I say, let the games begin…

Melissa Toppen is a Reader's Choice Award Winning and Bestselling Author of New Adult and Contemporary Romance. She is a lover of books and enjoys nothing more than losing herself in a good novel. She has a soft spot for Romance and focuses her writing in that direction; writing what she loves to read.

Melissa resides in Cincinnati Ohio with her husband and two children, where she writes full time.

Posted by Book Flirts at 7:30 AM No comments:

Damn, that woman walks in a room and the world stops spinning
Gravity pulls me right to her
Not to mention, my kid likes her

But, as my profile reads, I am NOT looking for love
Especially with a woman who smells, feels and touches me just like my first love–– the same woman who walked out on me and our kid

So, Payton Tucker can take her makes the world stop spinning sexy blue eyes and go right back to where she came from

But, to be on the safe side–– considering she is a lot like my MIA ex, before I send Payton Tucker on her way, maybe I should discover exactly where she came from…

"Bad boys, give 'em a little time and experience, and they will evolve into misbehaving men!"

You can usually find USA Today Bestselling Author, Kelly Gendron tucked away in a quiet suburb in upstate NY writing her steamy, blush producing romances. But when she’s not creating HEA stories, you can find her representing a reputable group of nursing facilities. If you Google her, she’ll pop up there too. And please google her! Kelly loves to hear from her readers and to meet new people!

a Rafflecopter giveaway
Posted by Book Flirts at 6:30 AM No comments:


Once upon a cold, dark night, a Russian killer stole me from an alley.
I’m dangerous, but he is lethal.
I escaped once.
He won’t let me do it twice.

The revenge is his.
The betrayal is mine.
But so are the lies to protect the ones I love.

We’re cut from the same twisted cloth. Both merciless. Both damaged.
In his embrace, I find hell and heaven, his cruelly tender touch destroying and uplifting me at once.

They say a cat has nine lives, but an assassin has just one.
And Yan Ivanov now owns mine.

Anna Zaires is a New York Times, USA Today, and international bestselling author of sci-fi romance and contemporary dark romance. She fell in love with books at the age of five, when her grandmother taught her to read. Since then, she has always lived partially in a fantasy world where the only limits were those of her imagination. Currently residing in Florida, Anna is happily married to Dima Zales (a science fiction and fantasy author) and closely collaborates with him on all their works.

Charmaine Pauls was born in Bloemfontein, South Africa. She obtained a degree in Communication at the University of Potchestroom, and followed a diverse career path in journalism, public relations, advertising, communications, photography, graphic design, and brand marketing. Her writing has always been an integral part of her professions.

After relocating to Chile with her French husband, she fulfilled her passion to write creatively full-time. Charmaine has published over twenty novels since 2011, as well as several short stories and articles. Two of her shorts have been selected by the International Literary Society for an anthology from across the African continent.


When she is not writing, she likes to travel, read, and rescue cats. Charmaine currently lives in France with her husband and children. Their household is a linguistic mélange of Afrikaans, English, French and Spanish.

Posted by Book Flirts at 5:30 AM No comments:

Cody
Life has been one crazy, wild ride. I've been on top, but I've also fallen and hit solid ground: personally, and professionally. The craziest thing—my hardest fall wasn’t from a bull. With a crushed heart, I learned love means nothing. I vowed never to fall, or leave myself open to hurt, again.
It was going well...until she walked into the bar.
Tatum is stubborn, beautiful, and challenges me every chance she gets. I've never met anyone like her. She may even be enough to change my mind and break my vow. But life isn't that easy. The one thing she absolutely doesn't want is the one thing I never expected, but always hoped for.
Tatum
Life has been one disappointment after another. People walk away, dreams are crushed, life doesn't go the way you want. Love means nothing.
Except...Cody makes me feel things.
The bull rider chose me. And much to my dismay, he keeps choosing me. He’s hotter than fire, with a heart of gold. He's someone I could maybe even trust. The only problem: things aren't that simple. Cody is everything I never knew I needed or wanted. When life drops a bomb in our laps, will he be enough? Or is it disappointment and crushed dreams all over again?

Can one person be enough to change everything you've ever known? 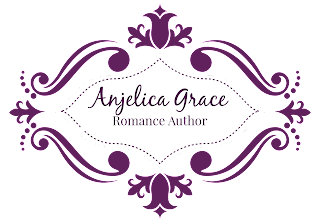 Yes, that’s Anjelica with a ‘J’ not a ‘G’. You can thank her parents for the birth certificate spelling mix up, but it makes for a unique and fun story.

Anyway, Anjelica Grace is a twentysomething Denver native living in the same suburb north of the Mile High City that she grew up in. She’s an avid reader, and blogger, turned Contemporary Romance author that has an affinity for crazy socks, Minions, and candy. But not chocolate.

Family and friends are the most important things in Anjelica’s life, but when she’s not with them, you can find her with a book in hand, writing, or studying hard while she pursues her other career dream of becoming a Child Life Specialist.

Still new to the publishing side of things, Anjelica started her journey off in late 2018 by publishing a short story as a part of a Christmas anthology with a group of amazing authors that helped and encouraged her along the way. Once she dipped her toe into the writing waters, that was it, she knew she couldn’t stop or look back again.

Posted by Book Flirts at 5:27 AM No comments: