Kat Richardson isn’t running away from grief; she’s just hiding out in a gloomy Welsh university town until she’s sure it’s gone. Now, one year, nine months, and 27 days after the climbing death of her first love, Gabe, she thinks she’s ready to venture out into the relationship world again. And Owen—a cake-baking, Super Ball-making chemistry student—appears to be a kind, funny, and very attractive option.

But the arrival of Kat’s newly adopted niece, Mai, forces her home to northern England, where she runs headfirst into all the memories of Gabe she’s tried to leave behind—and discovers that Mai stirs up an unnerving feeling of déjà vu. Before long, Kat’s logical, scientific beliefs about life after death are in battle with what she feels to be true—that reincarnation is real and Gabe has come back to her through Mai. The question now, is why?


Taking on the topics of love, loss, and how we deal with grief, A Strange Companion is a twisted love triangle among the living, the dead, and the reincarnated. 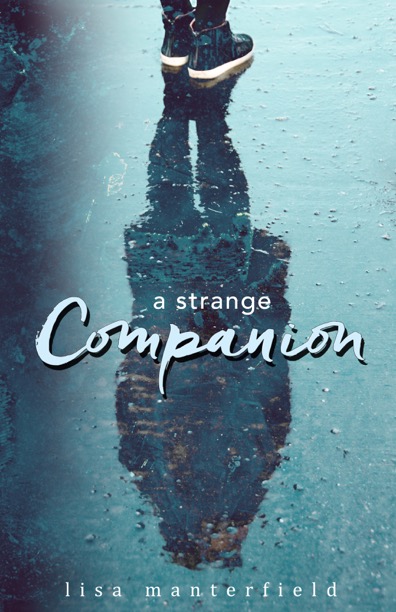 “A Strange Companion hooks the reader with its very first line and never lets go. The voice is unassuming and introspective, the prose elegant, and the descriptions sensuous.” ~Society of Children’s Book Writers and Illustrators

“Manterfield presents a story - part romance, part mystery - about love and loss, and learning to live again. Reminiscent of The Art of Racing in the Rain, we can't help but embrace the dream that the ones we have loved and lost may one day return.” ~Julie Mayerson Brown, author of The Long Dance Home

“This beautiful blend of heartbreak, finding one’s self, grief, forgiveness, loss, and second chances, is a perfect rainy day read. I cannot say enough good things about this book! Read it with a box of tissues, as you will cry your eyes out.” ~The Reading Wolf

I ran my hand along the log, waiting for my fingers to find the small indentations I knew would be there. They didn’t. The initials and the heart that Gabe had carved into the bark of the log now lay beneath a smooth carpet of moss, as if our love was something lost to the past. I pressed my finger into the moss but not a single tear would come. I simply sat there on the log and remembered. Grief, apparently, had a mind of its own. It had snuck up on me in unexpected places, but now that I needed it, it would not do my bidding. I pushed up off the log, wiping at my dry eyes. I would be home for three full weeks, plenty of time to go looking for grief. My hometown was filled with memories of Gabe and I’d keep looking until I found them all. 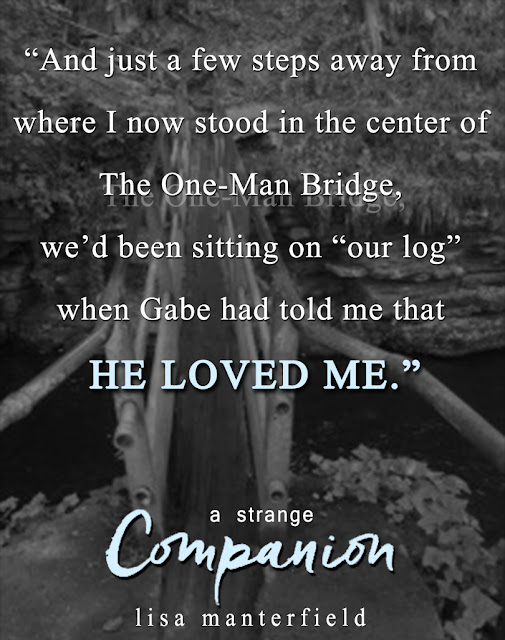 The tiny dot of light I’d seen grew bigger. As it wrapped around me, my eyes were drawn towards it. I felt suddenly light and my mind seemed to float somehow in my head. I wanted to get up, to pull myself from the ground and go, to step into the warmth of the light and allow it take me away from here. A man’s voice filtered into my ears in a hazy blur. It was a kind voice, calling for me. Gabe. He’d found me. He’d come to deliver the rest of his message. I lifted my head to listen, determined not to miss a word this time. “Miss?” said the voice. “Are you all right?” I was close to the light now. If I kept on going, I was sure I wouldn’t come back. I wondered if Gabe would be there, arms open, waiting for me. I wanted to go. I had to get him. I pushed myself off the ground and moved towards the light. “Stay where you are!” yelled another voice, a woman’s this time.  A surge of pain shot through me. I opened my eyes and stared into the brightness. My head spun and the light seemed to flash all around me. I struggled to find my balance as a wave of nausea passed through me. Two dark figures moved in, their welcoming hands reaching for me. As my knees buckled I glimpsed the glint of a rectangular badge as the pool of light flashed across the word “Police.” 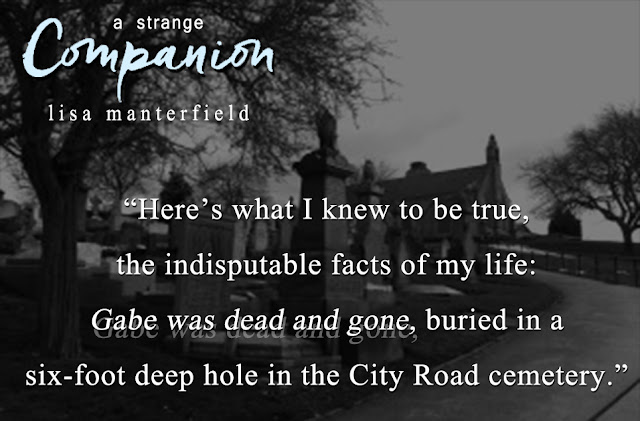 Mai dropped to her knees and wrapped her arms around Frida’s enormous head. She rested her cheek against Frida’s bristly fur and the two of them lay there as if they’d been best pals forever. Luke reached down and ran his hand along Frida’s back. As he moved back to stroke again, his hand paused on Mai’s arm, curled around Frida’s neck. Luke froze.  I felt the air around us go still—all except for one crackle of energy that danced between Mai and Luke. I felt it, Luke felt it, Frida felt it . . . and so did Mai. Luke cast his eyes down at the little girl at his feet, who stared, unblinking, back at him. His brow wrinkled, as his mind struggled to understand what I knew his heart felt. Then, something passed between them that I had once seen pass between Luke and his brother. It was more than love, more than understanding, more, even, than blood. It was a deep connection, a spark between two people, two souls, who were inextricably intertwined.  Luke looked at me. “Did you feel that?” I nodded. “What was it?” I hesitated. I knew exactly what it was, but how could I tell Luke? It was one thing to tell Maggie about my suspicions, but Luke was Gabe’s brother. Was it fair of me to risk opening up the hurt I knew he’d spent the past two years trying to heal? But perhaps I wasn’t the only one Gabe needed to visit. I felt a prickle of excitement at the possibility that someone else might finally understand. Glancing back to make sure Luke and I were out of earshot, I leaned in and whispered. “I think it’s Gabe.” Luke narrowed his eyes at me. “He’s haunting her?” I shook my head. “Do you believe in reincarnation, Luke?” He shrugged, but the expression of curiosity on his face prompted me to take a chance. “I didn’t either until I met Mai.” 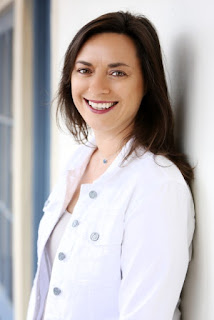 Lisa Manterfield is the award-winning author I’m Taking My Eggs and Going Home: How One Woman Dared to Say No to Motherhood. Her work has appeared in The Saturday Evening Post, Los Angeles Times, and Psychology Today. Originally from northern England, she now lives in Southern California with her husband and over-indulged cat. A Strange Companion is her first novel. Learn more at LisaManterfield.com.

a Rafflecopter giveaway
HOSTED BY:

The Exchange Series: The Complete Collection
by M.B. Feeney
Read more »
Posted by Book Flirts at 10:51 AM No comments:

Unforgettable, The Finale, Book 5 in Siri’s Saga.
Maximus Aurelius Moore and Siri Wright arrive in Vegas to combine their complicated lives, and to give the Alabama crew a bachelor party they will never forget, but before Siri’s last performance as Seary, the dark side of Sin City claims her.
What happens next is ... unforgettable!
Everyone has secrets. Some are better at hiding them.

“This last of the series is so full of passion, love and what it means to actually find your soulmate. . . The whole book is perfection…” ~5 Star Goodreads Review (Lisa R.)

“Jessika Klide is an amazing storyteller that sucks you into the book and makes you feel like you are a part of it!! An absolutely phenomenal book and series!!” ~ 5 Star Goodreads Review (Vera M.)

“Jessika Kilde writes amazing romance, there is a heat and passion to her stories that are so good, they hook you in and means you can’t put the book down.” ~5 Star Goodreads Review (Sara) 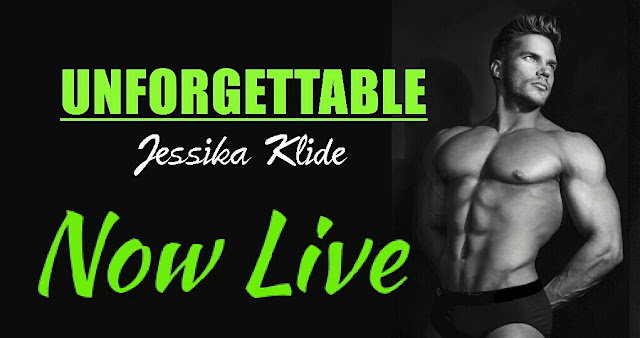 I reach inside my jacket for my gun, but a heavy hand grabs my arm with steely force before I feel the cool metal of my security. I glance down to look at the hand before I try to snatch my arm away. It has a skull and cross bones ring with rubies for the eyes. Perfect! A bonafide Badass! I lift my foot a few inches, then stomp my heel on the asshole’s boot at the same time I jerk my arm away. My heel slides off the heavy leather without harm and the grip only tightens. I look up to see who is laughing at me, but he is wearing a black hoodie and his face is hidden. "You Son Of A Bitch!" I spit. "Get your fucking hand off me!" My hair fans out as I try to shake him off.  A deep, low, menacing chuckle is the only response I get. Then I see the knife. 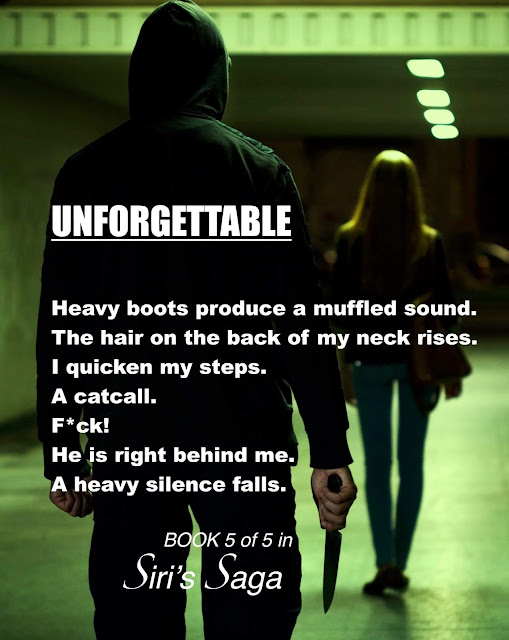 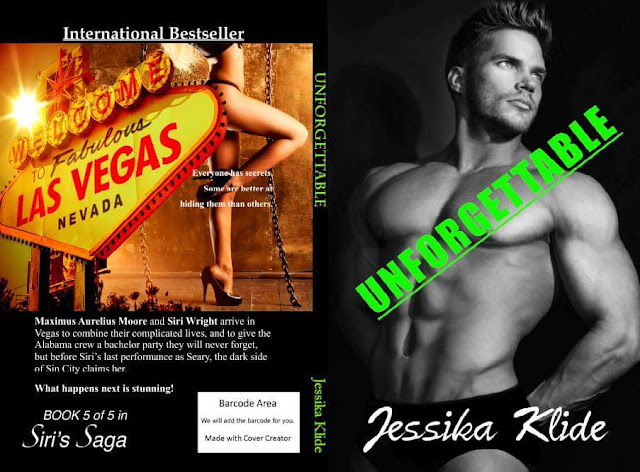